He served as Professor and Chairman of Orthopaedic Surgery at Hokkaido University from 1986 to 2000. As we all know, he was the father of spine surgery, especially developing anterior spinal fixation device (“Kaneda Device”), and thereby contributed to spine medicine throughout the world. Also, he realized early on the importance of spinal biomechanics to solve clinical problems. He worked with Prof. Manohar M. Panjabi and sent his spine fellows. His passion inspired his spine fellows to publish a lot of biomechanical researches.

He was a member of ISSLS since 1981, and attended the annual meeting every year. He was President of ISSLS in 1996-1997, and received the ISSLS Wiltse Lifetime Achievement Award in 2004. Amazingly, even after making historic achievement, he read abstract book end to end and kept acquiring new knowledge throughout his life.
He was a great surgeon, a great researcher, and a great teacher for us.(by Masahiro Kanayama)
Read the full obituary by Masahiro Kanayama 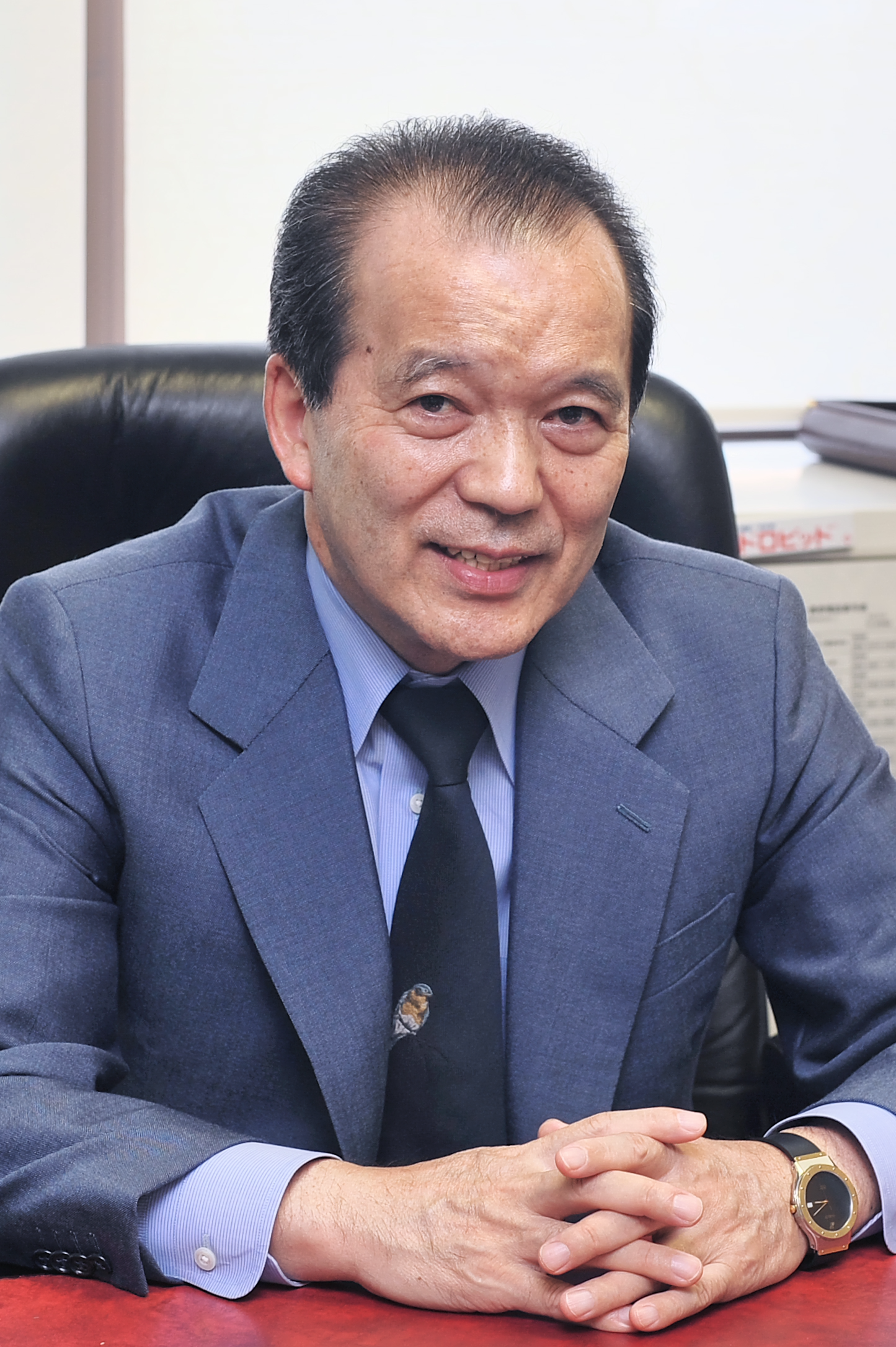 Shinichi Kikuchi, Professor of Orthopaedics, Fukushima Medical University, Fukushima, Japan passed away on February 2, 2022 at the age of 75 years, after a short illness. He is survived by his wife Yumiko and their two daughters Junko and Masako and their families. 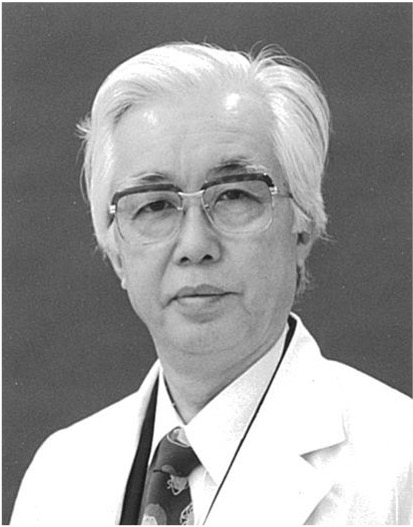 It is with great sadness that we were informed that Prof. Haruo Tsuji passed away on 7, August, 2021. He was a professor of Department of Orthopaedic Surgery at Toyama Medical and Pharmaceutical University, Japan and a members of ISSLS. He was a pioneer as a Japanese spine surgeon and an Editorial Board member of Spine, Japanese edition. He was a great professor and wrote the textbook, “Principle and fundamental technique in lumbar spine surgery” which was a bible for most of the Japanese spine surgeons. We have lost a great teacher.
(by Yoshiharu Kawaguchi)

We regret to inform you that Dr Raghu Natarajan has passed away. He was a member of ISSLS since 2002 but started attending its annual meetings way before his induction.

It is with great sadness that we inform that Josef Assheuer has passed away. He was a member of ISSLS since 1992. Among his friends at ISSLS, Josef will always be remembered as a gentle spirit with an unmatched pleasant disposition and zest for life, who was very approachable, modest, passionate about spine imaging, and eager to share his vast knowledge and perspectives with others. Josef will be forever missed and his memory will live on in all he touched.

It is with great sadness we have to inform that Malcolm Pope has passed away. Malcolm Pope was born in London, UK in 1941. He graduated from the University of Bridgeport, CT, USA with a MS in Mechanical Engineering in 1969. In 1972 he received a PhD in Biomechanics from the University of Vermont and was subsequently awarded a Dr. Med. Sc. (1990) from University of Gothenburg, Sweden and a DSc. From the University of Aberdeen, Scotland (2000). He was one of the founding members of The International Society for the Study of the Lumbar Spine in 1974 and has served on several of the ISSLS committees. He was President of the Society in 1988-1989 and he received the ISSLS Wiltse Lifetime Achievement Award in 2003. 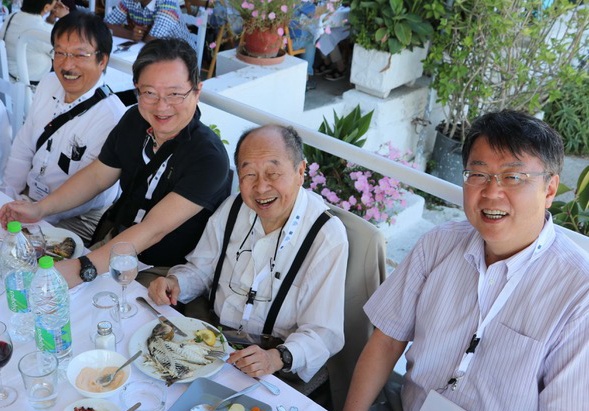 It has come to our knowledge that King Liu, a Charter member of ISSLS and a Senior Member, passed away while visiting a friend in Europe soon after the ISSLS annual meeting which he attended in Athens Greece in 2017. He lived in Petaluma, CA. Prof. Y King Liu, fondly nicknamed as “King”, was born in mainland China and spent a few years of his childhood in Calcutta, India. From there, his family migrated to US and settled in California 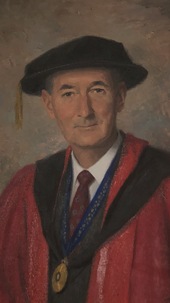 Henry (Harry) Crock, who died on April 21stat the age of 88, was one of Australia’s pioneer spinal surgeons with a worldwide reputation for innovative surgical techniques and a gift for teaching and mentoring young surgeons. Having trained in orthopaedics, he specialised as a spinal surgeon, researcher, anatomist and lecturer. He was Senior Orthopaedic Surgeon at St. Vincent’s Hospital, Melbourne from 1961 – 1986 and then practised in London until his retirement in 2000.

In 1974 he was a Foundation Executive Member of the International Society for the Study of the Lumbar Spine (I.S.S.L.S) and its President in 1984-5.
(Portrait painted by Paul Fitzgerald) 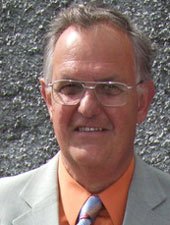 Gordon Waddell, member of the ISSLS and the orthopaedic surgeon and back pain pioneer who played a seminal role in the biopsychosocial approach to understanding and managing back pain has died, age 74. Gordon was an first-rate scientist and communicator, with an uncanny ability to synthesise complex information and present it in a way that changed how people did things. His impact has been worldwide. 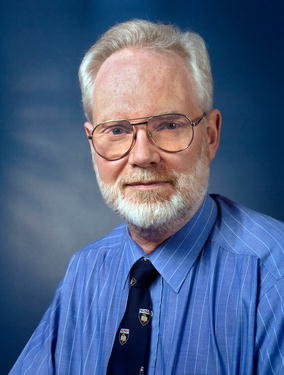 Barrie Vernon-Roberts, one of ISSLS most distinguished scientists, passed away on December 1, 2015 after a prolonged battle with Parkinson’s disease.

Barrie was born in Ruthin, Wales and studied medicine in London where he went on to complete his training in pathology (in 1974, the year ISSLS was founded). Originally he had considered orthopaedic surgery as a career and this was reflected by his lifelong involvement in the pathology of orthopaedic disease particularly that of the spine. From the outset his opinion was highly regarded by many founding members of ISSLS including Alf Nachemson and Malcolm Jayson. 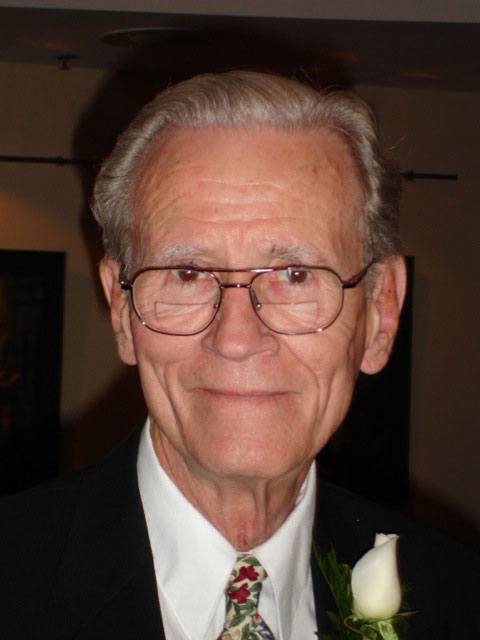 William J. Kane one of the founders of the International Society for the Study of the Lumbar Spine died peacefully on March 27, 2015 at age 82.

After completing Medical School at Columbia University in New York he moved to Minneapolis and the University of Minnesota where he completed his Residency and stayed until 1970. During that period he was strongly influenced by Dr. John Moe and was active in spinal deformity and other areas of spine surgery. In 1970 he became Chairman of the Department of Orthopedic Surgery at Northwestern University in Chicago where he stayed initially as Chair and then as Attending until 1988 when he moved back to Minneapolis retiring from medicine in 2009. Dr. Kane had many leadership positions including in the American Academy of Orthopaedic Surgeons, the Scoliosis Research Society, ISSLS and the Continental Orthopaedic Society. His contributions to our field were numerous and important. We have lost a great mentor and friend. (by Gunnar Andersson) Dr William Kane’s CV

Duncan Troup was a remarkable man. As one of the founding group for our society, Duncan’s substantial and far reaching contribution to spinal medicine set the scene for much of the current research. After studying medicine in London, Duncan decided against general practice, training instead as an osteopath. Seeking other ways, not just the orthodox way, became a defining characteristic – Duncan dared to be different. Returning to medicine in the early 1970s, he ran the newly formed Spinal Research Unit at the Royal Free Hospital School of Medicine in London. Initially he focused on studies to improve diagnostic accuracy in spinal medicine, with forays into bioengineering and electromyography, before being asked by the Department of Health to run a clinical trial into the effectiveness of physiotherapy for sciatica. Following a visit to the USA, which kindled his interests in ergonomics, biomechanics, epidemiology, and occupational medicine, he moved to the University of Liverpool, and later was a visiting professor at the Finnish Institute of Occupational Health in Helsinki.

Duncan’s research was conceptually highly innovative, gaining great international respect. He was a familiar figure at spine conferences with his challenging questions and kindly support being given in equal amounts. His work with various colleagues gained the Volvo Award in Clinical Sciences in 1987 (prospective epidemiological study in industry), and again in 1990 (back pain and spinal pathology related to spinal loading). Not content with physical sciences, Duncan was involved in the early investigation fear-avoidance behaviour that would feed into the dominance of biopsychosocial approach. But, as Duncan was to continually remind us, we forget the bio at our peril!

Duncan really was a pioneer who recognised the vital importance of bringing the power of multiple disciplines together if we are to understanding spinal problems and devise better ways to manage them, both in the clinic and the workplace.

Duncan was an extraordinary man, one who was generous with his time, his intellect and his friendship. He was innovative in his thinking, and encouraged us to contemplate what it is we do, why we do it, and how we might do it better. He will be remembered for his humour and his sense of mischief as well as his uncompromising approach to scientific endeavour. Duncan leaves a wonderful legacy with persisting ramifications that transcend disciplinary divides. The photograph is from his retirement in Scotland: doubtless still pondering some thorny problem.

We regret to inform you that one of our Senior members, Robin McKenzie, passed away on May 13, 2013 at his home in New Zealand. Robin was an icon in the field of physical therapy, particularly as it relates to low back pain. He developed the McKenzie Method of Mechanical Diagnosis and Therapy for low back pain patients. He was also the founder of the McKenzie Institute. ISSLS extends our deepest condolences to his many friends and family. 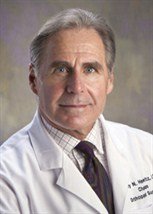 It is with a heavy heart that we inform you of the death of Harry Herkowitz, MD, Past President of the Society. An icon in the field of orthopaedic and spinal surgery, Dr. Herkowitz was a Professor and the Chairman of Orthopaedic Surgery at the Oakland University William Beaumont School of Medicine. A devoted family man, Dr. Herkowitz also trained a generation of spine surgeons to carry on his legacy of research, teaching, and dedication to improving the lives of patients. ISSLS extends our deepest condolences to his many friends and family.

(by Steven Garfin and Jeffrey Fischgrund) 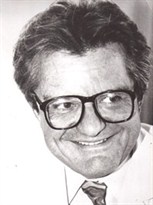 Dr Robert Maigne passed away at the age of 89 on July 4, 2012. If his name is survived by the “Maigne syndrome” (pain referred from the thoracolumbar junction), his work is well beyond.

He was a rheumatologist. He developed a special interest in manual and orthopaedic medicine. He described the segmental examination of the spine, codified the indications of manual treatment and described different painful syndromes: painful minor intervertebral dysfunction, low back pain originating from the thoracolumbar junction, headache and upper thoracic pain from the cervical spine, costal sprains, dorsal rami, etc. He introduced manual medicine at the university and organized a “university diploma of manual medicine” still continuing. He had hundreds of students, all MDs, attending his department at the Hotel-Dieu hospital in Paris, where he worked for 25 years.

He was a member of the ISSLS. The world of manual medicine will miss him deeply. 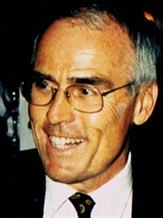 It is with deep regret that we inform you of the passing of one of our Past Presidents, Professor Dr. Jürgen Krämer, on October 7, 2011. Professor Krämer was an acknowledged expert in the international lumbar spine community, a leading clinician and researcher in his home country of Germany, and a leader within ISSLS and other scientific societies.

His research activities spanned a wide rang throughout his distinguished career including biomechanics and pathoanatomy, the diagnosis and treatment of lumbar spin disorders, and pain management.ISSLS extends our deepest condolences to his family. 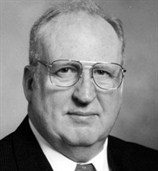 It is with regret that we inform you of the passing of Dr. Donald Harrison on July 20, 2011 at the age of 65 years. Dr. Harrison was an important member of ISSLS along with his son Deed in bringing the perspective of chiropractors together with mathematics and engineering to their research in lumbar spine disorders. ISSLS extends our condolences to his family.

With sincere appreciation, the International Society for the Study of the Lumbar Spine thanks the following companies for their sponsorship of the 48th ISSLS Annual Meeting in Boston, USA